﻿Short bios for media use:﻿

Book author and poet
Tara Lynne Groth writes short fiction and poetry. Her work has appeared in multiple journals and one of her poems was selected to inspire two community art installations in 2014. She received honorable mention in fiction in the 2015 Carolina Woman Writing Contest and was a semifinalist for the 2015 and 2016 James Applewhite Poetry Prize. She is an alumna of the Southampton Writers Conference.

Resume writer
Tara Lynne Groth has written resumes and cover letters for more than a decade. She helps individuals concisely tell their professional stories, whether they're proactively moving into a new career or in crisis mode with an unexpected job loss.

Journalist
Tara Lynne Groth's articles have appeared in magazines and newspapers since she was 17. She's the author of ​Magazine Queries That Worked: Build Income and Authority With Freelance Journalism. She has written for trade and consumer publications including GRIT, Produce Business, Blue Ridge Country, Durham News, and more.

Content strategist and UX writer
Tara Lynne Groth is a content strategist in user experience design (UXD). Her background in digital content spans SEO content, blog development, and content marketing. She speaks at conferences and teaches classes on best blogging practices and digital marketing. Before shifting into UX she was a marketing manager and public relations director.

How to pronounce
Tara Lynne Groth rhymes with Marilyn Moth.

Long bio
Tara Lynne Groth is a writer in North Carolina and grew up on Long Island, New York. Academically, Tara Lynne left high school a year early to participate in a program at Johnson & Wales University's Providence, Rhode Island campus called EEP. The Early Enrollment Program allows high school seniors to live on campus and start college while simultaneously satisfying credits for high school. She studied advertising and marketing communications and minored in career writing and literature. She also maxed out her course schedule and completed both her freshman and sophomore years during her first year of college before graduating high school. She transferred to Stony Brook University and maxed out her course load again. She was 19 when she received her bachelor degree in cinema and cultural studies.

Professionally, Tara Lynne began editing contracts as a teenager through her high school job at a hardwood flooring company on Long Island. Later, as a public relations director, she began designing and writing advertising copy for real estate firm where she also held her real estate license and was a registered loan officer and notary public. With an eye for a gentler climate and affordable living, she relocated from Long Island to North Carolina in 2007 and worked as a marketing manager for a commercial real estate company. She wrote newsletters and property marketing copy at work, and started moonlighting as a freelancer in 2009. After reaching multiple financial goals through freelance writing, Tara Lynne resigned from real estate marketing in 2010.

Personally, writing short fiction and poetry bring her the most fulfillment as a writer. She received a scholarship in fiction in 2009 to attend the Southampton Writers Conference, and received honorable mention in fiction in the 2015 Carolina Woman Writing Contest. She has written two unpublished collections of interconnected short stories and is actively seeking a literary agent.

Outside of writing, Tara Lynne loves spending time with her non-writer husband, tending to their chickens, quail, and senior dog, growing rare foods in her garden, checking on her bee hives, and walking the trails she built on their 5-acre plot in Chatham County, North Carolina. She is a foodie and loves finding doughnut shops whenever traveling to new places. 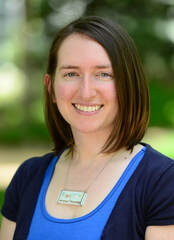 Her most recent book, a guide for freelance journalists, released in June 2017.